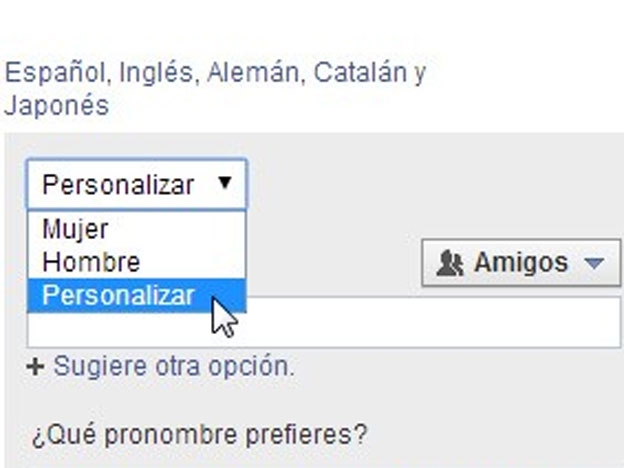 After several months of close collaboration, Facebook Argentina and FALGBT today introduced the option to select a custom gender on the popular social network. Argentina now joins other countries boasting this feature.

The Argentine Federation of Lesbians, Gays, Bisexuals, and Transsexuals (FALGBT) reports today that it joined Facebook in introducing a customizable option for users in our country to identify their gender on the popular social network. The initiative is the result of more than two months of teamwork between Facebook Argentina and FALGBT.

“When you come to Facebook to connect with the people, causes, and organizations you care about, we want you to feel comfortable being your true, authentic self. An important part of this is the expression of gender, especially when it extends beyond the definitions of just ‘male’ or ‘female,’” the company said. Following the implementation of the option, expected next Monday, users will have the ability to choose the pronoun they would like to be referred to publicly, such as él (he), ella (she), or ellos (they).

To kick-start the initiative, FALGBT Secretary General and ATTTA President Marcela Romero became the first person to use this feature in Latin America. While opting for the gender identity “trans woman” as she customized her profile, Marcela Romero joked about her hope that she “stop being asked on Facebook if I’m a woman or what I am. Now they know: I am an Argentine trans woman.”

FALGBT President Esteban Paulón remarked: “The introduction of a customizable gender option on Facebook in Argentina fills us with joy, as it will surely have a huge positive impact. This is a new step forward for LGBT rights in our country. Argentina joining this global effort allows us greater visibility, well needed to continue promoting inclusion and equality, including in social networks. We especially want to thank Facebook for their confidence in us during the two months of work that today became a reality.”