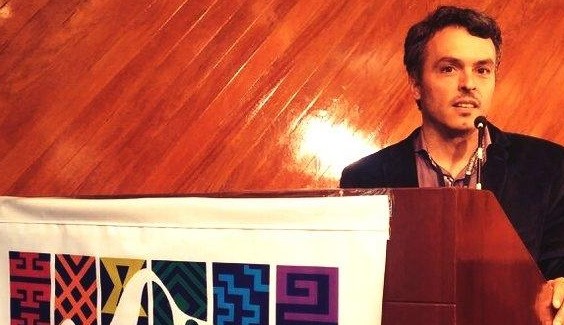 From September 4 through 6, the Argentine LGBT Federation (FALGBT) participated in the Inaugural Meeting of LGBTI Political Leadership in Latin America and the Caribbean, along with dozens of public officials including members of congress, ministers, municipal leaders, and city councilors who are also active as LGBTI leaders and activists.

During the conference, leaders discussed various items on the LGBTI political agenda, and made known their own assessments and challenges for the future. For example, the panels held included “the Political Participation of LGBT People in Latin America and the Caribbean” and “LGBT Leadership in Political Parties,” as well as workshops like “Creation and Management of Campaign Teams,” “Keys to Good Campaign Messages,” and others.

Among the international participants were distinguished guests such as Robert García, a Peruvian national and the first Latino mayor of Long Beach, California; Peruvian congressman Carlos Bruce; the manager of the Inspection Control Unit for the City of Lima, Susel Paredes; National Director of Social Policy of Uruguay, Andrés Scagliola; Carmen Muñoz, former member of the Legislative Assembly of Costa Rica; Patria Jimenez; the first openly lesbian member of the Chamber of Deputies of Mexico; and Jaime Parada Hoyl, city councilman of Providencia, Chile. Also noteworthy was the attendance of Tracy Robinson, Rapporteur on the Rights of LGBTI Persons at the Inter-American Commission on Human Rights.

The Argentine delegation was comprised of Buenos City Legislator María Rachid, FALGBT President Esteban Paulón, FALGBT Secretary General and ATTTA President Marcela Romero, and FALGBT Vice President Claudia Castrosín, who focused their presentations on the achievements and progress made in Argentina on the issue of rights—marriage equality and gender identity—and public policies, as well as outstanding challenges ahead.

Esteban Paulón, president of FALGBT, said: “It has been a great experience participating in the Inaugural Meeting of LGBTI Political Leadership in Latin America since we got to share our experiences with those who have fought across the continent for greater equality. The Argentine LGBT Federation has driven significant changes in our country and this work is followed extremely closely in all countries of the region, which makes us very proud. In addition, we witnessed a very positive atmosphere throughout the region, one that promises to swiftly advance our rights on a continental level.”

The summit was organized by PROMSEX in Peru and the Corporación Caribe Afirmativo of Colombia, and received support from the Gay and Lesbian Victory Institute (United States), the European Union, the Fundación Triángulo, USAID, and NED.