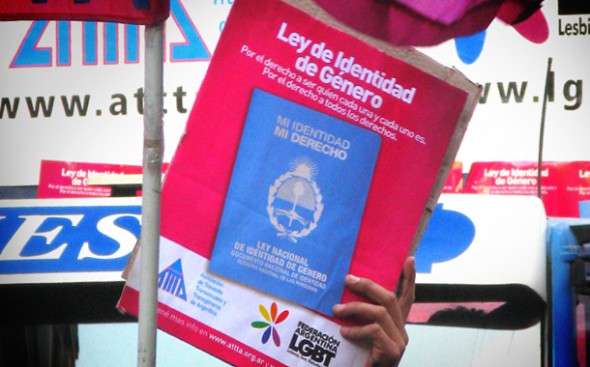 In 2 actions undertaken in the last few days the National Ombuds. intervened before the OSDE and Swiss Medical for the fulfilment of the mandatory health care coverage of LGBT patients. The first of these actions was aimed at the Law of Gender Identity. The second, the Law of  Assisted Human Reproduction. From the FALGBT and the LGBT Ombuds. we share the sentiment of these measures and recall both treatments have been incorporated into the Compulsory Medical Plan, for which there are no reasons not to guarantee them.The Argentine Federation of Lesbians, Gays, Bisexuals and Trans likewise share the sentiment of appeals made by the Secretary General of the National Ombuds., Carlos Haquim, broadcasted to the attention of prepaid medicine companies OSDE and Swiss Medical, with the goal of fulfilling what has been established in Laws of Gender Identity and Assisted Human Reproduction respectively.

In the first of cases, before the requirement of a female OSDE patient to access gender reassignment surgery, the company had conditioned this practice to the submission of psychodiagnostic documentation, an issue that has been outdated given Law Nº 26,743 on Gender identity promotes self-determination of the person, recognising  the  guarantee of gender identity of people  as personal and, consequently, rejecting all psychomedical opinion.

In the second of cases, before the requirement of a female couple to the  coverage of assisted reproduction treatment, Swiss Medical requested the submission of a battery of documentation (medical certificates, prescriptions, clinical trials, lab reports, forms signed by doctor and patient and marriage certificates, amongst others), to which the involved party agreed, nevertheless, the prepayment company required the same documentation in two cases more, imposing in this manner an administrative barrier to access the medical treatment required.

It should be considered that National Law N º 26.862 of Medically Assisted Reproduction ensures full access to treatments of  “medically assisted reproduction” (MAR; Reproduccion Medicamente Asistida /RMA  in Spanish), understanding the same as “procedures and techniques undertaken with medical assistance for the achievement of pregnancy. Techniques of low and high complexity, that include or do not include the donation of gametes or embryos are also featured”.

With respect to the matter, Esteban Paulón, FALGBT president, stated “We commend the actions of the National Ombuds., and it’s Secretary General Carlos Haquim in these cases, fruit of the joint work we have been carrying out from the FALGBT. In the absence of compliance with certain rights that we conquered, the LGBT Ombuds. spaces we are driving around the country prove indispensable in preventing violations  of power and discriminatory abuses.”

In the same direction the LGBT Ombudswoman of Buenos Aires and Secretary of Legal Affairs for the FALGBT Dr Flavia Massenzio added : “We insist that it is essential that the health care system desists to classify pathologically and, therefore desists discriminating identities and/or gender expressions which challenge certain cultural and social conventions which as widespread as they may be, do not conform to equality, to freedom, to law or to justice”

These appeals frame the Technical Cooperation Convention subscribed to by the (LGBT) Ombuds. and Argentine Federation of Lesbians, Gays, Bisexuals and Trans (FALGBT) to make their work in the defense and protection of human rights amongst others of the LGBT collective more robust.