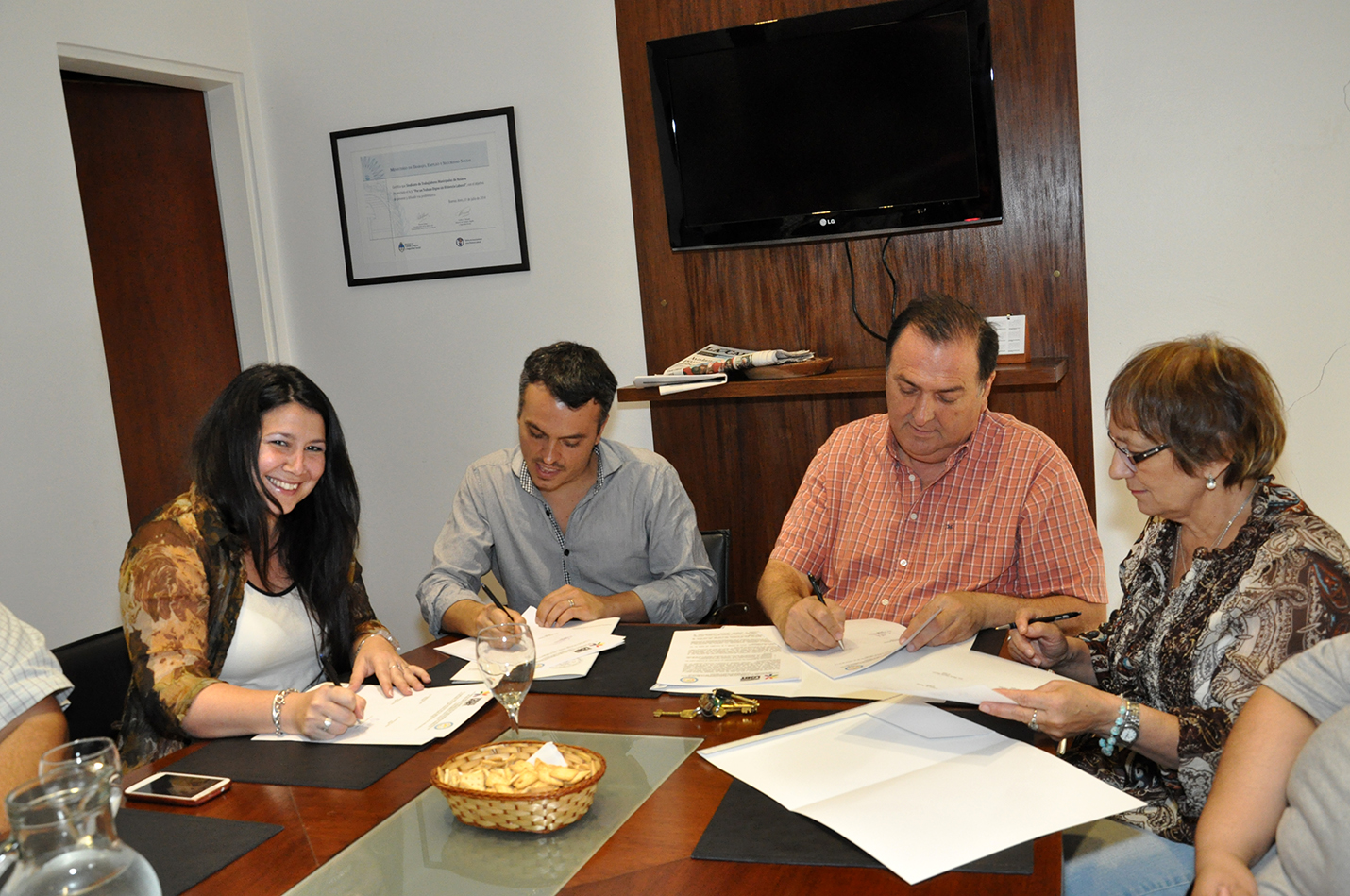 As part of its efforts to improve the working conditions of LGBT employees, FALGBT entered into an agreement with the Municipal Labor Union of Rosario. Salient terms of the agreement include providing sensitivity training for union representatives, discussing maternity and paternity leave, and implementing anti-discrimination policies.

The Argentine Federation of Lesbians, Gays, Bisexuals, and Transsexuals (FALGBT) announces on Wednesday, October 28, that it has signed a memorandum of understanding with the Municipal Labor Union of Rosario. The agreement was made at the union’s headquarters, boasting the presence and signatures of Antonio Ratner, the union’s secretary-general; Estela Ciarello, the undersecretary; Yamile Baclini, coordinator of the Program for Dignified Treatment; and Esteban Paulón, president of FALGBT.

The agreement is one of many actions FALGBT has been promoting in conjunction with the International Labor Organization, trade union federations, and national, provincial, and municipal government officials. It aims to

“It’s a great joy to sign this agreement with the Municipal Labor Union to work towards equality and not discrimination in Rosario’s municipal work environments. It’s also a source of great pride that this is our first agreement with a municipal labor union in this country, which shows overwhelming commitment on the part of Antonio Ratner and his team to the cause,” FALGBT President Esteban Paulón stated.

“Rosario has been a pioneer when it comes to LGBT rights and the Municipal Labor Union has been a major player. We recall with Antonio when Rosario became the first city to recognize the right of unmarried LGBT domestic partners to pensions. And the union was instrumental in making it happen,” he added.