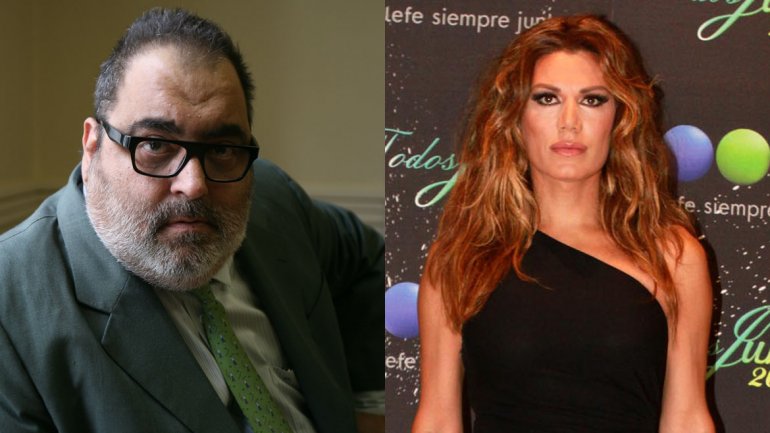 After discriminatory comments were made by journalist Jorge Lanata towards the trans community in general and Florencia de la V in particular, and a complaint by FALGBT was made, the Office of the Defender of the Public and Radio Mitre officials reached an agreement under which information about the Gender Identity Law will be broadcast in the radio station’s programming.

The Argentine Federation of Lesbians, Gays, Bisexuals, and Transsexuals (FALGBT) and the Association of Transvestites, Transsexuals, and Transgender People of Argentina (ATTTA) welcome the agreement reached by the respective officials of Radio Mitre and the Office of the Defender of the Public, in accordance with the complaint lodged by both organizations following the discriminatory and undignified comments by journalist Jorge Lanata towards trans community in general and Florencia de la V in particular.

It is important to remember that in mid-August, in the wake of the discussion over the option for users to select their desired gender on the social network Facebook—which was prompted by both the company and FALGBT—journalist Jorge used language fiercely discriminatory and offensive to the dignity of the trans community in his broadcasts, both radio and television.

Following these remarks, FALGBT and ATTTA filed a complaint with the Office of the Defender of the Public, in an effort to safeguard the dignity and integrity of the trans community as a whole. Based on the complaint, officials at Radio Mitre and the Office of the Defender reached a remedy agreement that includes the broadcasting of radio ads about the Gender Identity Law and the topic of gender identity in general.

The agreement also includes actions to increase awareness and train the staff of the radio station in an effort to contribute to better non-discriminatory policies in the mass media.

This resolution finds precedent in the case of the FALGBT complaint lodged against journalist Luis Albert Yorlando of the city of Rosario, who, after making discriminatory statements in his Channel 5 program, corrected his words and provided space on the program to redress the harm caused.

FALGBT President Esteban Paulón stated: “We are very happy with the agreement reached between Radio Mitre and the Office of the Defender of the Public to disseminate information and raise awareness on the topic of gender identity through this radio station, and we applaud the quick and successful resolution made in response to the complaint lodged by FALGBT.

FALGBT Vice President Castrosín Verdú added: “We welcome the prompt action taken by the Office of the Defender and the cooperation of Radio Mitre officials. The broadcasting of media messages against discrimination towards the LGBT community, and the organization of sensitivity training workshops for the radio staff, will allow us to continue building real equality, a critical priority after the passage of the marriage-equality and gender-identity laws.”