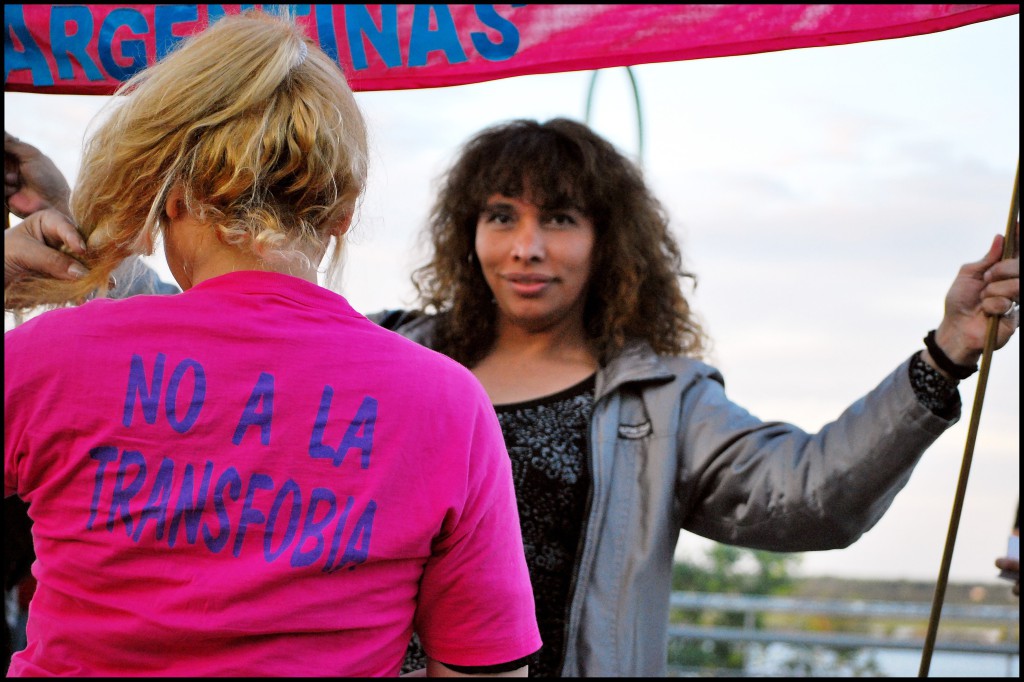 Following the notice of a meeting by the United Nations system in Chile, representatives of FALGBT and ATTTA joined in alongside Chilean LGBT organizations, at a time when the Chilean senate continues to debate a gender identity bill.

On Monday, September 29, the “Workshop for Dialogue between Civil Society Organizations on the Gender Identity Law in Argentina and Its Potential Application in the Context of Chile,” organized by the United Nations system in Chile, was held in Santiago. It called together groups that advocate for sexual diversity in Chile, which discussed with FALGBT and ATTTA the bill currently being considered by the Senate of Chile and strategies for its swift passage.

Among the workshop participants were FALGBT President Esteban Paulón, ATTTA President Marcela Romero, and Buenos Aires City Legislator María Rachid (FPV), who all addressed various panels, including “The Role of Argentine Civil Society in the Passage of the Gender Identity Law,” and “Experiences of the Parliamentary Sector.”

Representatives of the United Nations system included Eric Carlson, Regional HIV/AIDS Specialist for Chile, and Clarisa Brezzo, Strategic Information Advisor for UNAIDS in Argentina, Chile, Paraguay, and Uruguay. Also in attendance were Elena Sepúlveda, the director of the National HIV/AIDS and STI Prevention Prevention Program of Chile, and Fulvio Rossi, a Chilean senator.

FALGBT President Esteban Paulón stated: “It is a great opportunity to be able to stand by fellow advocates for sexual diversity in Chile on the path to passing the Gender Identity Law in this country. The progress made over the past few years by our organization has without a doubt positioned Argentina as both a regional and world model in the area of LGBT rights.”

He added: “Today, Chile is definitely one of the most advanced countries in the area of sexual diversity in South America. The preliminary approval that the Life Partner Agreement will surely obtain tomorrow and the formal treatment of the gender identity initiative in the senate are clear evidence of this. We applaud the initiative that the United Nations system in Chile has taken in promoting this dialogue, which will certainly be productive, and very soon Chile will boast a gender identity law responsive to the needs of the trans community in this country. FALGBT will continue to lend a helping hand and share our experience for greater equality across the region.”